Absolute fullness in the trumpet concert.

The Auditorium of the Unión Musical de Almansa Society was full of spectacular crowds to attend one of the star concerts of the 5th Almansa International Music Festival. The concert – homage to two important trumpet players in the history of our country, Antonio Megías Gascón and José Mª Ortí Soriano, also served to showcase one of the world’s great trumpet stars worldwide, the Spanish Manuel Blanco, soloist of the Spanish national orchestra, and undoubtedly one of the world’s leading figures in the trumpet world within the international arena.

Together with him other important trumpet players such as Reinhold Friedrich or the grandson of one of the honorees José María Nieto, who in collaboration with the Krasnoyarsk Chamber Orchestra, provoked a concert that lasted about four hours and put the audience on its feet on several occasions. It was an emotional and full of sensations that began before the concert with the record that had been achieved in Almansa with more than 150 trumpeters playing a fanfare together, thus surpassing the record of 104 trumpeters that remained in force and is now in possession of the city of Almansa.

Later, in the auditorium, a series of pieces programmed together with numerous tips that the artists themselves wanted to carry out given the good performance of the audience made this a unique concert and without doubt possibly one of the best trumpet concerts that can live on the national scene today anywhere in Spain. Under the baton of Martín Baeza, director of the festival and this concert, it was demonstrated once again that Almansa is able to host some of the best musicians on the national and international scene in the context of the International Music Festival and that the commitment of the Partido Popular, the local government, to this festival is undoubtedly a bet for the culture and economic dynamization of the city of Almansa, as well as for the promotion abroad of the same as Almansa’s name is travelling through many corners of Europe through the musicians who are coming to Almansa to participate in this festival.

In this concert-homage the almanseños were able to enjoy Manuel Blanco, without a doubt perhaps the best trumpeter currently on the international scene, a Castilianmanchego owner of the Spanish national orchestra’s soloist square that began its career under the mastery of Martín Baeza, who was his first teacher when he was just a child and who boasted that he was proud to have collaborated in the formation of this one who is now one of the most important musicians in the world. Undoubtedly, the warmth, the quality of his music, the solidity of his notes and the passion he put on stage caused the audience to rise numerous times to applaud this young star of the music scene that has been a luxury for the city of Almansa and its fifth international music festival.

The Mayor of Almansa wanted to thank Martín Baeza, as director of the festival, as well as the cultural association of the international music festival, the work and the effort they are doing so that this festival continues to be a reference within the international music scene and, of course, a reference for Almacen culture. This festival is not only taking some of the best musicians from the international scene to the stage in our theatres and auditoriums, but it is also promoting Almacen culture, contributing to the fact that musicians from our city or the surroundings of our city also participate in it and are protagonists with their quality and brilliance in the success of this festival.

In addition, we must never forget the economic aspect that is so much valued by the municipal government of the Partido Popular in this type of events and that undoubtedly in the case of this international music festival has also led to a great deal of income in the city of Almansa through the service sector, which together with all the amount of social, cultural, sporting or all kinds of events promoted by the municipal government of the Almansa PP continue to contribute to this policy that Almansa is continuously filled every weekend through music, through sport, through leisure, through culture… in short, that Almansa fills every weekend to contribute from this political position also the strengthening of the municipal economy and that together with the industrial sector in general and footwear in particular Almansa continue to generate employment through the service sector. 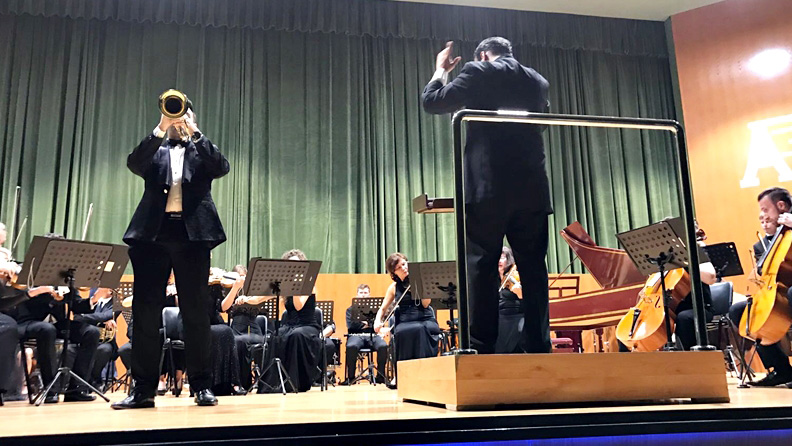